4 Ebooks Leading to the Nazi Gold

and The Tears of the Wolf.


Coming Soon: The Hammer of Thor. 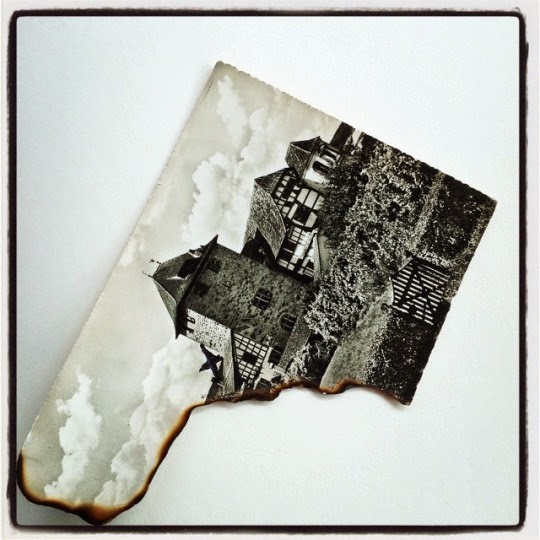 Read all about it here:
http://www.rauna.eu/p/the-hammer-of-thor.html
And here: $25,000 Reward for Nazi Treasure 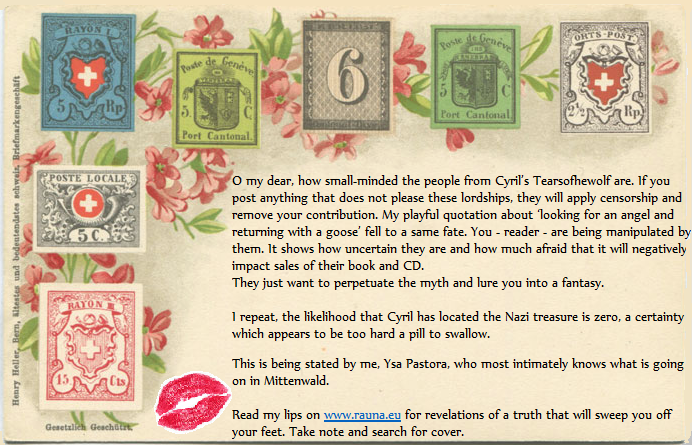 Indeed, there is still a 25,000 $ reward waiting for the person who manages to crack the Code of the Nazi Treasure. This is what the (Dutch) publisher of Karl Hammer's book The Hunt for the Nazi Gold still is communicating: Nazi-code remains unbroken; reward raised to 25,000 dollar.

Ysa Pastora says: "As far as I know -although I might have missed something, I spend time abroad, with some regularity- a refutation is nowhere to be found. The rules have been removed though, or have at least been made impossible to retrieve. As a consequence, I, Ysabella Hannah Geertruida Pastora, solemnly demand that Karl Hammer and Publishing House Elmar make the rules public again. It so happens that I have broken the code and that in due time I will be the owner of what has come to be known as the 'nazi treasure'. However, as long as mister Hammer and/or his publisher do not create any clarity concerning the promised reward, and the conditions tied to it, I cannot possibly reveal the information I dispose of. Let it be known however, that I'm not after the gold or the diamonds of Hitler, and not after the 25,000 $ either. Just like mister Hammer I don't care one whit for any filthy lucre, I just want to see my story published, and if at all possible, made into a movie. The reward I would like to donate to the first person or persons who will manage to locate the Nazi treasure, based on my directions."

A treasure hunter named Cyril Whistler didn't really succeed in locating the treasure, but turned his search into a book and a rockopera. And how does this Postcard Code fit into the story?